In March 2019, The Nazarene Fund was called to help recover women and children who had been held by the Islamic State in Baghuz, Syria and needed to be reunited with their families. Kurdish forces had surrounded the Syrian town and they were locked in a heated battle with ISIS fighters as the terrorist group made a last stand.

12-Year old Zeinal, an ISIS captive for almost five years, had been taken from his family in August 2014 during the Sinjar massacre when ISIS forces swept across Iraq capturing and murdering Yazidis, Christians, and others. Zeinal was held with a group of children and was forced to study Islam and the Quran. He never trained as a fighter but was instead used as a forced laborer.

He was moved often due to the continuous fighting and finally ended up in Baghuz, Syria, and during the battle there his left leg and pelvis were hit by mortar shrapnel, and he was left for dead.

A Nazarene Fund partner transferred him to a field hospital where he was stabilized and identified as one of the missing Yazidi children kidnapped from Sinjar. The Nazarene Fund reunited him with his brother and has been taking care of his needs. Zeinal’s mother, father, and another older brother are still missing and presumed dead. His sisters resettled in Canada.

Zeinal and his brother have been added to the Nazarene Fund’s Australian program, but the process will take 6-9 months before he can travel. 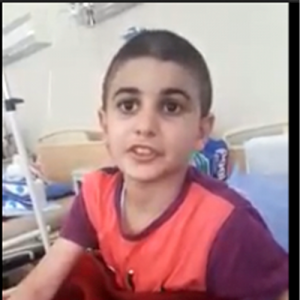 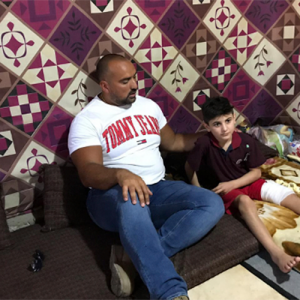 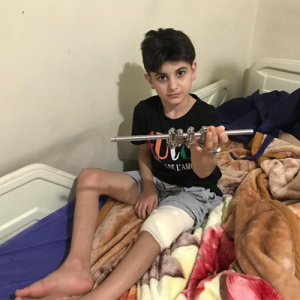 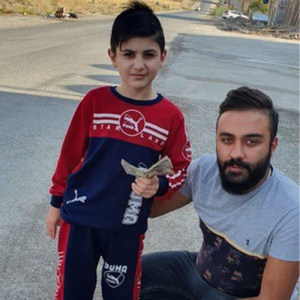 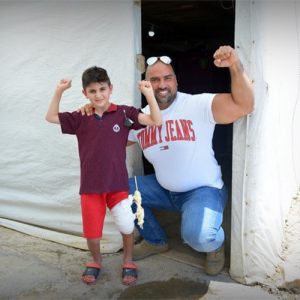