“Some people don’t believe in heroes, but they haven’t met my dad.” — Unknown

On August 11, 2014, Khudeida Haji experienced a father’s worst nightmare. After sending his family to what he thought was a safe location, his wife, one of his sons, and both of his daughters were kidnapped by fighters from the Islamic State (ISIS), as the terrorist group raced across Iraq capturing territory and unleashing a campaign of murder and enslavement.

For four years Khudeida searched for his Yazidi family who were targeted for genocide. He contacted friends, family members, business associates and others who had remained in ISIS occupied territory. He carried his family’s pictures and went on interviewing survivors, talking to the media, and pleading for help from the military, NGOs, and government agencies. He never stopped looking.

In 2018, The Nazarene Fund learned about Khudeida and his family and immediately began looking for them. By the end of the year TNF teams on the ground had located his youngest daughter Martine, they recovered and reunited her with her father and her surviving brother (see “Finding Martine“).

Martine had suffered greatly at the hands of her captors, but she proved to be strong as her recovery continues. A year-and-a-half later, Khudeida and his children are rebuilding their lives while the search for their missing relatives continues.

The Nazarene Fund wishes a happy Father’s Day 2020 to Khudeida, a real hero who never gave up hope and never stopped searching for his family.

*The Nazarene Fund does not show the faces of survivors. Since Martine’s return, both she and Khudeida insisted that their identities be revealed. They want the world to know their story!

Your donations make it possible for The Nazarene Fund to liberate captives, free the enslaved, and rescue and restore the lives of Christians and other persecuted religious and ethnic minorities wherever they are. 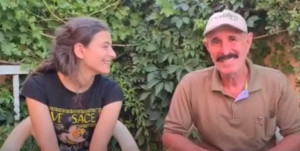 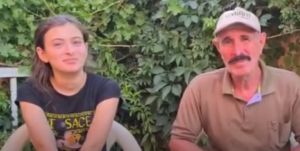