In 2017, two Yazidi children aged six and nine were successfully rescued from their ISIS captors. The highly risky and challenging operation took several days to complete as teams went deep inside Islamic State (ISIS) territory to retrieve the children. The young brother and sister were then moved into friendly territory and finally reunited with their ecstatic family.

The Nazarene Fund was launched in 2015 with a mission to rescue, rebuild and restore the lives of Christians and other religious minorities persecuted and displaced by ISIS. Since its founding The Nazarene Fund has assisted over 25,000 people in a variety of ways including providing emergency food, water and shelter, housing, hygiene kits, security vetting, immigration support, transportation and rescue missions. 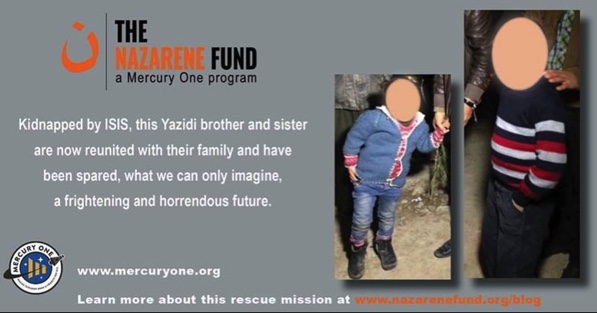