In July 2020, The Nazarene Fund successfully recovered Halima, a 22-year old Yazidi woman held by traffickers in Turkey. All rescues are a cause for celebration; however, Halima’s rescue is significant not only because it gives us hope that other missing women and children taken by the Islamic State (ISIS) are still alive, but because it exposes the extensive human trafficking network that flows from Iraq and Syria into Turkey.

In August 2014, 16-year-old Halima was kidnapped by ISIS fighters along with 18 members of her family when her village in Northern Iraq was invaded. Like many other Yazidi women and girls, she was kept as a slave for five years and suffered from violence, abuse and exploitation.

In 2019, ISIS made its last territorial stand in Eastern Syria in the town of Baghuz. It was there that The Nazarene Fund located Halima’s younger brother, Milad, and brought him back to his family. Other survivors of the battle, most of whom were ISIS fighters along with their wives and children, were moved to Al-Hol Camp– a makeshift encampment set up for the displaced from the war. Among the survivors were Yazidi captives, including Halima. Yazidi women and children inside the camp are usually abused and threatened not to reveal their identities.

From the camp, Halima was sold to traffickers who smuggled her to Turkey. Had the Nazarene Fund not intervened, she would have been sold as a slave or killed and her organs harvested. Halima’s life was saved and soon afterwards she was reunited with her family.

This rescue was made possible thanks to people like you who dare to hope and to believe in The Nazarene Fund’s mission to “rescue, rebuild and restore the lives of persecuted people.” The Nazarene Fund continues to search for the missing and work on their safe return. 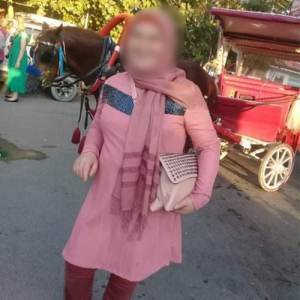 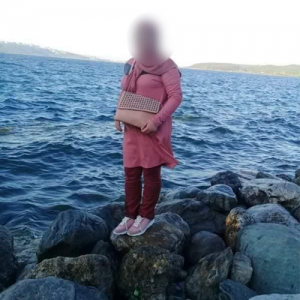